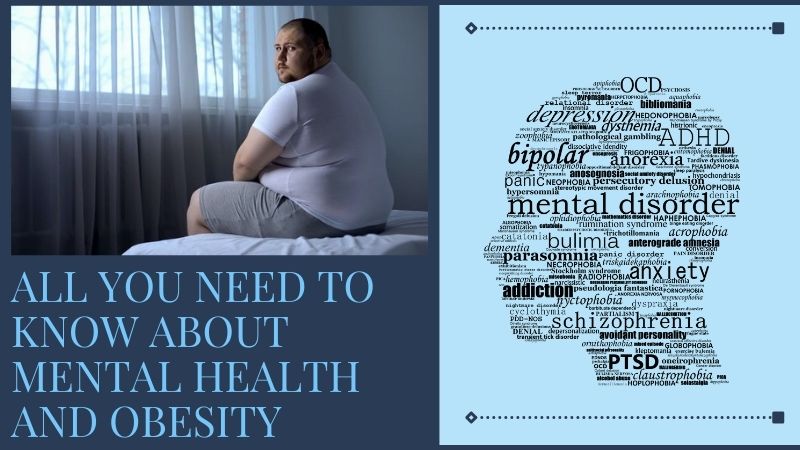 Mental health and Obesity are the least talked about term in recent days. However, it is one of the most integral factor that decides the well-being of a person..

Moreover, a poor mental health can often lead you to some serious bodily changes. It can  ultimately take you to a labyrinth which can be difficult to come out from.

There are plenty of reasons why people keep experiencing poorer mental health with each passing day.

For instance, they might be suffering from bullying, social isolation, childhood trauma, bereavement and much more.

However, you can’t just get away with the certainty of the fact that obesity somehow also affects the mental health of a person in several ways. 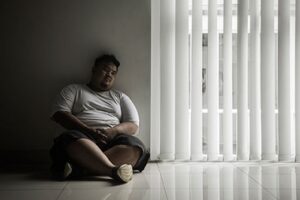 Obesity can be defined as the excessive amount of fat that get stored in the body and which ultimately become challenging to deal with.

The obesity rate is at hike because they are not aware of the preventive measures that they can take to avoid being obese.

For your information, obesity rate tend to increase when the calories intake surpasses the number of calories that you are supposed to burn.

Talking about obesity, another substantial fact that you should know is obesity can happen to be really dangerous as it often leads to some serious diseases.

If you are not sure about whether you are obese or not, you can check out the BMI (Body Mass Index).

It is one of the significant ways that let you know whether your weight is in a healthy range or not.

There are plenty of reasons that can causes obesity. Studies have shown that some of the most common causes of obesity can be Physical inactivity, Medications, frequent intake of food rich in carbohydrates, etc.

Although, psychological factors are also responsible when it comes to outline the major causes of obesity.

How is Obesity Connected With Mental Health? 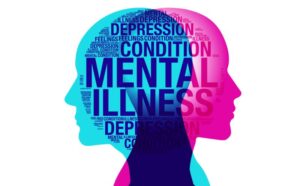 As you must be already aware of the fact that the rate of obesity and the statistics of people who go through depression are aligned and somewhere interlaced.

Obesity being one of the most common disease among people, can affect you in several unknown ways.

People with some kind of medications are more likely to suffer from stress and poorer mental health.

According to the data released by Centers for Disease Control and Prevention (CDC), 43% of adults who suffered from depression were obese.

It is an unusual yet true conception that those who are obese are most likely to have poor mental health whereas people suffering from depression are often obese and over-weighted.

Both the term i.e. poor mental health and obesity are interlinked and connected to each other.

As you’ve heard about the saying “prevention is better than cure”. Well, you must take prevention if you are anywhere doubtful about being obese or over-weighted.

As preventive measures, you must take care of the calories intake and the number of calories you spend throughout the day.

In recent days, people have shown their concern towards mental health by talking about it with the people they are close with.

Mental health is something that can never get better if you don’t talk about it and express how you really feel.

If you are sure about obesity being the only reason behind your poor mental health, you should try to maintain a positive attribute towards it.

More than that, you must find out some effective methods that can help you get through it.

Some emotional issues such as sadness, anxiety and overthinking are relatively associated with being obese.

Keeping in mind some different sort of emotional and psychological reactions, let’s grab some ideas about the various kind of mental ailments.

What Are The Mental Conditions Connected To Obesity? 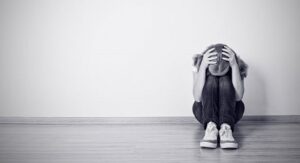 The term mental condition solely refer to the state of mind that one is likely to suffer when their well-being is disputed.

Here, the uncommon truth is obesity is related to bad mental condition which has been a common insight among people.

It is one of the most common disorder among the adolescent. Specifically, female adolescent are more likely to suffer from Depression.

Those who are already suffering from depression, can find food as their coping mechanism from sadness which ultimately results in excessive weight gain.

Additionally, there are various types of diseases that can come up along with the risk factors of depression and obesity.

According to what studies said, some cases of depression can lead to obesity and vice-versa.

All we can say about both the thing is that the relationship between depression and obesity is quite complex.

You gradually start developing some kind of clingy habits like not getting up from the bed, being antisocial, etc.

Depression is the worst mental condition one can ever come up with. It leads to lower motivation and energy in your body.

People struggling with obesity might have this constant urge to get rid of their existing situation that can eventually lead them to depression.

Treating depression is not as easy as it seems to be. Moreover, some measures you can take to cure depression are therapies, medications, etc.

Anxiety often refer to the triggered feeling of worry and nervousness that we get while something unusual happens.

Usually, the feeling of anxiety slightly exist in every human being.

However, in some people, the duration of that anxious feeling gets out of proportion and the person start feeling anxious even in the simplest circumstances.

Furthermore, people who are obese are relatively at higher risk of suffering from anxiety issues than those who are not.

One of the most important causes of anxiety can be the lower self-esteem due to the judgements of the people around you.

It is quite common to see anxiety issues in people who have been suffering from some sort of health problems due to their obesity level.

If we Jump into the mechanism of how anxiety works, it actually aligns with the activities of brain.

In most cases, the brain stop functioning properly which lead to increased appetite.

As we already know, obesity and anxiety are interlinked to each other. Some of the major symptoms of anxiety are Sweating, Increased heart rate, Panic attacks and rapid breathing.

People suffering from Bipolar Disorder experience some major changes in their moods and energy levels.

Bipolar Disorder seems to have various impacts on different people. Most probably, people are likely to suffer with mood swings.

For instance, experiencing hallucinations and delusions has been a common insight among people who have extreme bipolar disorder.

Sometimes, it can really be very intense in nature. People often tend to consider themselves with a higher social connections or may be as a fictional character.

When the intensity of Bipolar Disorder is too high, people start believing on the delusions and the fake scenarios that they make in their mind.

Eventually, they start detaching themselves from the community and start living alone in their own world.

Moreover, the relation between obesity and bipolar disorder is not quite clear.

However, it is a fact that bipolar disorder also builds your addiction towards habit of eating throughout the day that ultimately leads to weight gain.

How Do You Deal With Obesity?

Keeping in mind the hazardous outcomes that obesity might come up with, you need to be  aware about the ways that can prevent you from being obese.

Getting rid of obesity basically means to lose fat. However, losing weight is not much of an easy task as it seems to be.

People have to go through some real physical as well as psychological changes during the journey.

Following are some of the major ways that will help you get rid of obesity and maintain a healthy lifestyle.

The common reason of weight gain is that people often increase the intake of calories and forget losing them.

In order to get away with fat, you must burn more calories than you intake. For that to happen, make sure the diet you are following is healthy and contain all the required nutrients.

Exercises play a major role in acquiring a healthy body along with a healthy lifestyle. With exercising, you can experience an increased metabolic rate in your body.

Moreover, you will feel more energetic and concentrated throughout the day.

Water is very beneficial if you want to deal with your obesity and want a normal lifestyle.

All you need to do is drink a glass of water after you are up for your meal. This will help you feel full for a longer span of time.

Water is helpful in suppressing your appetite, boosting metabolism and contributing to various health related factors.

In this particular blog, we let you have so many ideas about how mental health and obesity are connected.

As we know that weight loss and emotions are interrelated and must not be underestimated.

Moreover, this blog is for everyone who are concerned about their mental health and physiological fitness.

Hope you found this blog informative and helpful.